Falling infectious disease rates in developed countries have led to a point where the risks of receiving any given vaccine may be greater than the risks of catching that disease. 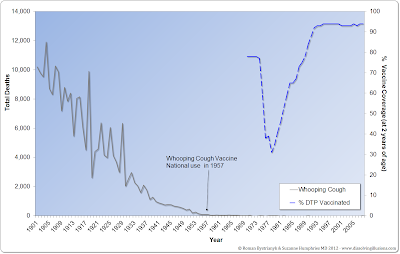 There was always going to be a point reached where the rates of diseases commonly vaccinated against became so low that it became illogical and unethical to continue vaccinating people for them.

In other words, the risk of catching the disease not longer justifies vaccinating people against them, given the risks associated with vaccinations. 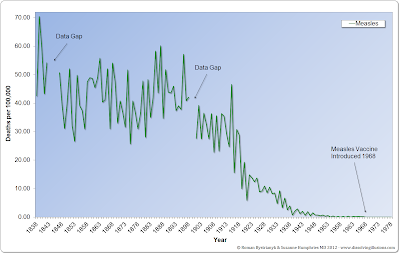 Vaccine proponents will argue: vaccination is needed to continue so that disease rates can continue to remain low, rather than spiraling out of control, but I have yet to see any convincing evidence to justify this speculation.

Instead, the falling death rates of almost all infectious diseases in developed countries, whether commonly vaccinated against or not, seem to indicate that vaccines are not needed to wipe diseases out- rather, improved diets, hygiene and standards of living can be relied upon to do that. 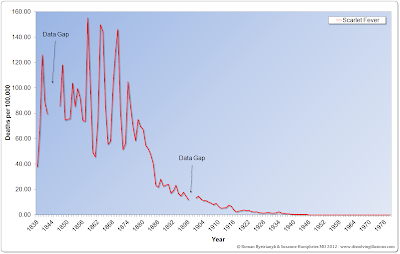 Rather than wiping disease out, continuing the widespread vaccination of the community may actually keep that disease alive and well, when live viruses are used in the vaccine that can shed and cause the disease in others, whether vaccinated or not.

For a disease that is close to being wiped out it may be counter-productive to inject live viruses that cause that disease broadly into the population, through live-virus vaccines. Even if only a very small number of the recipients of these vaccines provide a fertile breading ground for these viruses and then spread them to others, it will still keep the disease alive in the community, rather than having it fade away, like many infectious diseases have naturally done.
No comments:

Personal authority and a non-interventionist God

Many individuals struggle to come to terms with the notion of a non-interventionist God. People, in their fear of individual responsibility, look to outside sources to make decisions for them. So they join a church or the military. To take full responsibility for one's own actions is too much to bear for many. As a result we have a political situation where a large portion of the population places their trust in individuals they have little true awareness of. As a result "the wool" is often pulled over the populations eyes. 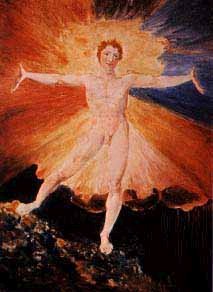 The ultimate aim for all of us is to become our own authority and to make decisions for ourselves. This is the purpose of creation. We are created to freely decide our own life. There is no God telling us how to live.

There are approaches to life which have more favorable outcomes such as those given by Jesus in his sermon on the mount recorded in the Christian bible.

However, the creator, in its infinite generosity has given us each the greatest gift of all- FREE WILL.  And the whole point of free will is that it is ours to use and the responsibility for its use lies solely with us. No-one else can be held to blame. In this regard we are all students learning how to use our free will in a way that is most pleasing to ourselves
No comments:
Newer Posts Older Posts Home
Subscribe to: Posts (Atom)