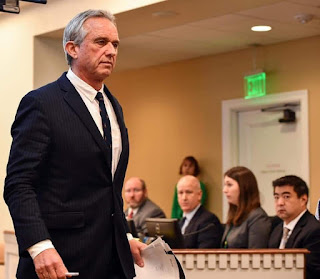 “I'm currently litigating against the four companies that make all 72 vaccines currently mandated for American children via CDC recommendations. All four of these companies are convicted felons who have paid $35 billion since 2009 for lying to and defrauding regulators and doctors in order to promote their pharmaceutical products. Our trial team coalition includes the country's largest plaintiffs firms- all of them veterans of the Monsanto litigation. These firms have won the largest pharmaceutical cases in history. It's not surprising that we have uncovered proof that the four Vaccine makers' fraudulent and reckless conduct with their other pharmaceutical products pales in comparison to their crimes in testing, manufacturing, and marketing vaccines, since, in this arena alone, they are immune from liability. We can now show with scientific certainty that certain vaccines- DTap, DTP, Hep B- are killing and injuring far more children than were ever harmed by the diseases they are marketed to prevent. This information will soon be public. It would be good for you to see it before you mandate these shots for children. I'm happy to share it in person with you and your staff and whatever experts you choose to include."

The playbook of scammers 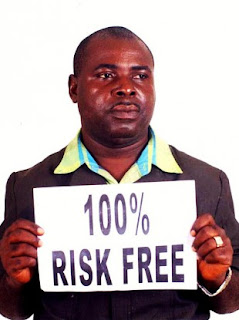 Forewarned is forearmed! Scamming is much more common and mainstream than people think.

THE PLAYBOOK OF SCAMMERS

1. Pump you full of fear and tell you the only way to avoid terrible things happening to you (or your family) is to do things THEIR WAY.

2. Convince you that they are legitimate and have authority. Fake or biased data and credentials will be shared to ensure that you believe them.

3. Isolate the target from any person or source of information that could cause them to doubt what the scammers are telling them.

4. Make the target feel like a terrible person if they question the legitimacy and advice of the scammers. After all, they're only trying to help YOU!

5. Bully you into doing the thing they want you to do, which earns them their income. If you start to stray from the path by expressing doubt, extreme bulling techniques are used, basically telling you that you are terrible person for questioning them, and that lives will be put in danger if you don't follow their advice.

This is the tried and true technique used effectively by scammers throughout the world, whether they be privately run enterprises or government institutions.
No comments:

Should people get the measles vaccine? - MATTHEW WARD

Q: “Could you ask Mathew regarding the measles outbreak in Vancouver, WA. Should people get vaccine?”

MATTHEW: Let us pose this question: The measles virus cannot live in air year after year, so how could a disease that had been almost completely eradicated in the United States several years ago suddenly appear? There are two possible answers. The virus strength in a batch of measles vaccine can be increased enough to cause this highly contagious disease a considerable time after children with weak immune systems are inoculated, thus there is no direct connection with the vaccination. Or, if the virus is added to other toxins in chemtrail spray in a localized area, children in that area who have compromised immune systems can be infected and pass on the disease.

A bit of history will be helpful here, and it goes back to the puppets of the dark forces. When they manipulated the DNA of young civilizations to weaken them physically, spiritually and consciously, they also created disease-causing microbes; and when some of the weakened peoples inhabited Earth, the puppets introduced those microbes on the planet. Some microscopic life forms are essential to bodies’ well-being, but the ones you call pathogens were designed to cause a variety of diseases. Millennia later, medical scientists were inspired to develop vaccines that would prevent communicable diseases from spreading throughout the population.

Whatever is originated for benevolent purpose can be subverted into malevolent use, and that is what the dark ones did with vaccines—they have used them to create disease instead of prevent it. That is why we have long advised against inoculations. Healthcare personnel who are promoting mandatory vaccinations for school attendance as a “public health measure” don’t know the truth or they are collaborating with companies that make the many types of vaccines. Some have ingredients that cause autism-like symptoms in children; and while some physicians who do know this truth state that there is no evidence to substantiate it, parents who refuse to have their children receive recommended vaccinations are acting in their best interests.

There are three important and positive factors here. First, eventually the truth about vaccinations will become publicly known and this practice will cease. After dark minds developed and infected individuals with the AIDS virus about four decades ago—part of their plan to vastly reduce the world’s population—ET scientists among you were given divine authority to reduce the potency of all laboratory-designed viruses. That is why only a few individuals with severely weakened immune systems contracted each new disease that the dark ones also intended to become—and mainstream media widely reported as “feared to become”—a pandemic, and everyone was urged to get vaccinated. Is it not suspicious that with the first case or two of each new communicable disease—SARS, avian flu, swine flu, N1H1—enough vaccine to inoculate many millions already was available?

The second factor is, as the public becomes aware of chemtrails’ damage to their health and the environment’s, their demands to stop the spraying will end this scourge. And third, light changes carbon-based cells, which are vulnerable to disease, into the crystalline cells that are resistant; people who absorb light in sufficiency will strengthen their immune systems and, depending upon the stage of an illness, bodies’ self-healing mechanisms can halt or reverse degenerative effects.

Q: “Are all billionaires and multimillionaires Illuminati? Will ‘reval’ take away their money and distribute it to the rest of the population?”
MATTHEW: No, not all of the world’s wealthiest individuals are Illuminati, and it is only the Illuminati’s illegally or immorally amassed fortunes that will be retrieved and used to end impoverishment throughout the world.
The purpose of “reval”, currency revaluation, is to institute a global economic system based on precious metals. That was the basis of the dollar before the Illuminati set up a system whereby they could control the world’s supply of gold as well as profit handsomely by currency trading, taking over countries’ national resources, and manipulating stock markets, all of which widened the disparity between the world’s “haves” and “have-nots.” Eventually Earth’s peoples will learn what evolved civilizations have long known: The exchange of goods for services and helping every person on the planet thrive enables the entire populace to live prosperously and harmoniously in a peaceful world.
Q: “Matthew and other messengers from the light have said the Illuminati wanted to establish a world government but lost the power to do that. Recently I read an article about a unified global government that sounds like the Illuminati plan. Please ask Matthew about this.”
MATTHEW: Without knowing what the article stated about a unified global government, we can only speak about what we do know. New World Order and One World Government are two designations for the authoritarian rule the Illuminati planned to implement after they eliminated most of the world’s population through wars, pandemics, toxic pollutants and starvation. They intended to let enough people survive to grow and prepare their food, provide medical care and education, clean homes and public buildings, provide transportation, utilities, clothing, construction, landscaping, repairs—in short, a population of servants that would supply whatever the Illuminati wanted.
There is a world of difference between that plan and what is in Earth’s future. The best aspects of your current governing philosophies will be integrated into one that will serve all peoples worldwide, with universal laws and the honoring of Nature as the basis and individuals internationally respected for wisdom, prudence and moral integrity chosen as leaders. This form of governance, which in linear time is in discussion and planning stages, is flourishing in the continuum and the joy-filled populace is thriving. Advanced spiritual and conscious awareness replaces man-made religious dogma and unjust laws; oppression and warring are history, so are castes and other superficial forms of divisiveness; and all of humankind shares in Earth’s abundance.
No comments:

The lifting of mind control on Earth - MATTHEW WARD

As civilizations evolved [...] dark ones on Earth conducted an actual mind-control program. They conditioned captive individuals through severe physical, mental and emotional maltreatment, then implanted programmed devices that when “triggered” caused the individuals to carry out assigned tasks. Men were programmed to engage in random shootings, then kill themselves; women’s programming was to relay confidential information to specified persons and perform required sex acts, then forget the entire experience.

However, long before that program developed, mass mind control was successfully managed by religious dogma and schooling that kept the peoples ignorant of everything the dark ones did not want known. They promoted concepts that also served them well: Killing “the enemy” is patriotism and proves love of country; whatever “authorities” do is in your best interests; violence in arenas and coliseums, and millennia later in films and games, is for your entertainment. And, whenever one of the myriad dark activities did come to light, the controlled mainstream media called it conspiracy theory, the label that dooms truthful information’s credibility.

As intensifying light exposed more and more darkness, mind control became less and less effective. The dark ones abandoned their program of conditioning individuals to act upon strategic triggers, but they couldn’t stop people from questioning “authorities” in governments, religions, the media and economic, corporate, healthcare, sports, entertainment, legal and judicial sectors. They cannot stop the peoples from freeing their world of dark control, and that, dear ones, is undergirding Earth civilization’s evolution.
No comments:
Newer Posts Older Posts Home
Subscribe to: Posts (Atom)